Virtual Reality Jobs: 7 Most Popular in 2021

Have you ever dreamed of traveling to space or flying an airplane? Well, virtual reality can make these dreams come true, at least partially. In addition – can you imagine how rewarding and interesting can be to work in such an industry?

🚀 Read Chatbot: What Is It and How to Build One🚀

Technological advancement and development of virtual reality has opened up a whole new spectrum of job opportunities. So if you are interested in this fast-growing technological area, we have prepared a list of most popular virtual reality jobs.  Check it out, you might find a new and exciting challenge for yourself!

7 Most Popular Virtual Reality Jobs in 2021

What is Virtual Reality(VR)?

In technical terms, virtual reality can be described as a computer-generated environment in which a user is placed. This virtual world gives the user a possibility of interaction. So basically, the goal is to stimulate as many senses possible so that the users have a feeling that they are really in a parallel world.

The first thing that probably comes to your mind related to virtual worlds is gaming and entertainment. But that is not its only importance.

Why is VR Important?

Other than its entertainment value, VR can be used in many way. Some of them include sports, arts, and medicine. Whichever job is too dangerous, expensive or impractical in reality, virtual reality can offer an alternative. From pilots to medical applications of trainee surgeons, virtual reality allows us to take virtual risks in order to gain real-world experience.

As the cost of virtual reality is falling down and it becomes more mainstream, it is reasonable to expect more serious uses, such as education or productivity applications. In that sense, virtual reality provides a wide specter of job opportunities. Those jobs include people who develop VR for further use.

What is the Difference Between Augmented Reality and Virtual Reality?

Whereas VR replaces our vision with something that isn’t real, AR just ads to our real sight. This technology allows moving around freely while getting projecting images over the objects that you look at. Not that long ago we all went crazy about PokemonGO on our smartphones, roaming around the city trying to catch Charizard. That is a perfect example of AR, where our phones’ camera tracked our surroundings and the app overlayed additional info on top of it. 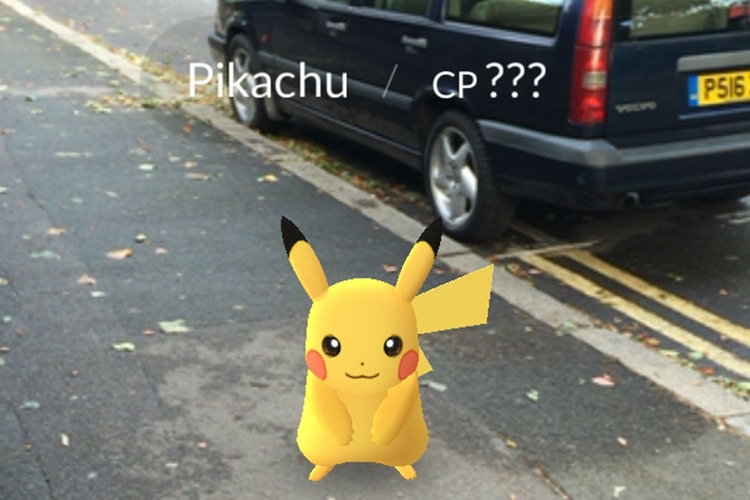 People that have training in Unity3D are possibly the most wanted professionals in the industry. And there is a good reason for that. They are responsible for developing the foundation of a VR game and/or application. Unity 3D is an incredibly powerful development engine, which supports multi-platform development of two and three-dimensional videos, games, and other content. An average Unity developer should know a few things. Some of them include experience in customization of the core engine system and knowledge about graphics, especially 3D. Moreover, developers need knowledge of programming languages,which is essential to make anything. 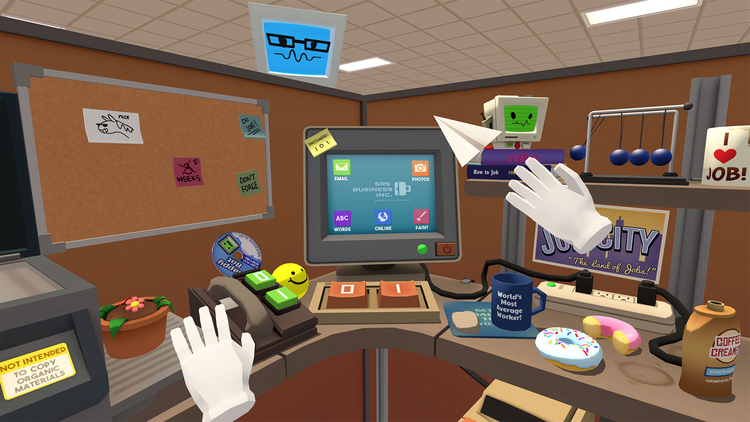 Applications would be completely unusable without a user interface. As a result, it is only logical that there is a need for highly qualified UX/UI designers. A good UX/UI designer should be experienced and familiar with the latest trends and technologies in UI. Apart from skills in storyboard creation and user flow prototype models, knowledge of Unity 3D, Maya, and Photoshop skills are a must. While design skills are crucial,  you can also get extra points if you know something about management processes like Agile and Scrum.

Read Can AI Provide a Solution to Your UX Design Problems?

Game Engineering is the process of carefully building a game or any other interactive content by using advanced visualization techniques. A VR Game Engineer designs, projects and views a 3D creation. Their task is to inspect the prototypes before they are released in the market. They take part in every step of the development and they are a necessity in a company that develops VR programs. The game engineer also needs to have some fundamental skills, like mathematics, programming skills and vast knowledge of Unity or Unreal Engine.

A VR Sound Effects Specialist is an expert who creates original audio suitable for virtual reality apps and games. As we mentioned, virtual reality is the creation of an environment by imitating a real-time surrounding. However, VR does not only depend on the visual component. If you want to achieve the feeling of a second reality than stimulating all human senses is crucial. Precisely because of that a professional dedicated to creating real-life sounds is an essential part of such a team.  VR Sound Effects Specialists connect all audio files to their visuals. They also combine the audio content in the application itself. They include documentation, audio tools, and test dialogue delivery. Average VR sound effect specialist has knowledge and proficiency in music processing, Unity and Unreal Engine development. Most importantly, they have a healthy and creative auditory sense.

A Mixed Reality Artist is a creator and designer that uses a large amount of digital technology to remake and reshape human to computer communication. This person is right in the middle of the mixed reality domain. This means that they work to include and implement two and three-dimensional objects, scenes, and imagery in unique and interactive forms. They are accountable for almost all features of 3D design in virtual reality.  Some of it includes lighting and rendering real-life images into virtual space. If you are still confused by their role, let’s put it in more simple words – they improve the interface of a virtual reality. To be a good Mixed Reality artist you must possess knowledge on computer programing, know how to work in game development engines and have an educational background with computer graphics.

Film and Television Content Lead job requires a highly devoted and experienced person to develop film and television portfolio. A Film and Television Content Lead sets suitable strategies for all kinds of entertainment media. Moreover, this individual supports the execution of cross-functionality strategies to adjust the development platform of VR software as well as hardware. The fundamental skills needed for that kind of profession usually include relevant work experience in the related field of content managing for the entertainment area simultaneously with knowledge of production for VR including interactions with video, app delivery, and interface. This job is particularly well fitted for the individuals who are keen on non-development/programming features of virtual reality.

Last but not least, according to many the top job opportunity for people working in the domain of virtual reality is a 3D Artist. A technical 3D artist is one who is directly or indirectly involved in every aspect of a VR product and its development process. Not only do they do work on conceptualizing of the VR apps and their design, but they also work closely on defining the complex parts of it. The role of an artist is to sell the 3D made environment to the people by making it as real as it gets. Individuals aiming for such jobs should not just have professional experience and educational background, but they should also be equipped with a wide knowledge of development platforms and systems. A sharp eye and artistic skills along with an exceptional understanding of Unity or Unreal are also regarded as an enormous plus.

Have in mind that the average salary can vary, depending on your location. Salary numbers above are an average for the United States area, but they also may vary from country to country. 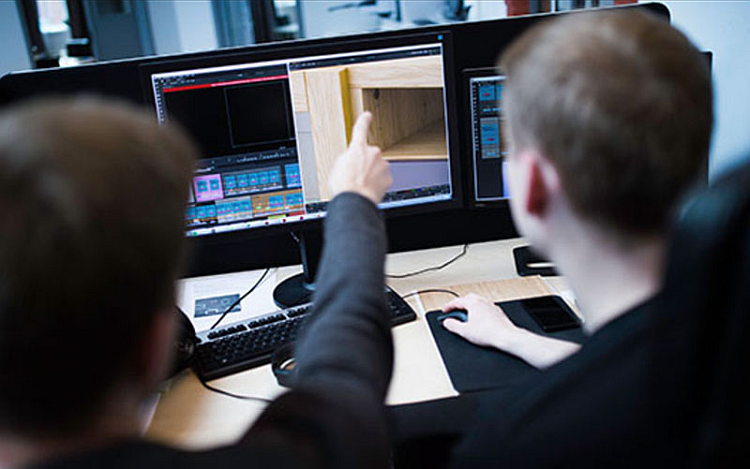 How do I Get a Job in Virtual Reality Development

If you’re looking to join a major VR platform company, then check out for VR jobs at Microsoft HoloLens, Facebook social VR (or Oculus for Rift), and Google Daydream. Most positions are in engineering, but there are certainly opportunities in  UI/UX, marketing, and business development at all times as well. Having that in mind you shouldn’t be frightened that you must look at the code if that isn’t your vibe.

Virtual reality is creating a virtual environment that is presented to our senses in such a manner that we experience it as if we really were there. To accomplish this objective, it utilizes a multitude of techniques and is a technically complicated feature that must take into consideration our perception and cognition. It has entertainment as well as severe uses.

Although still young, it has a very bright future. With further development, the industry will surely need more workers, so it is a perfect time to start learning new technologies. 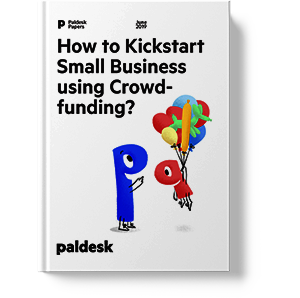