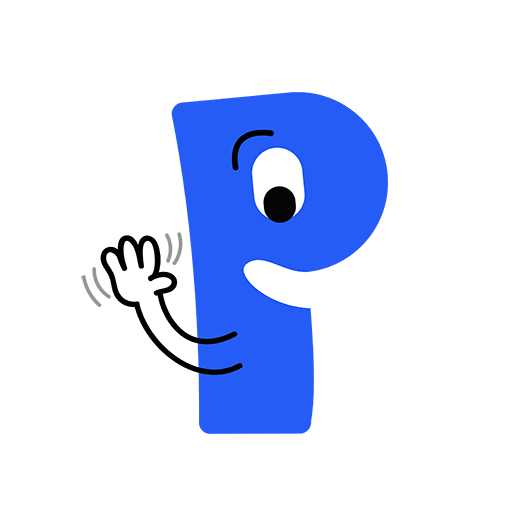 The use of mobile technology has soared exponentially since the mid-2010s. The number of smartphone users worldwide now surpasses 6 billion. Smartphones and tablets have become the world’s favorite source for information, entertainment, and tools of all kinds. These resources are available virtually anywhere and at any time they’re needed. No longer are smartphones simply used for texting and snapping low-quality pictures, as they were in the golden days of BlackBerry.

🚀Read: Customer Experience Guide: How to Put your Customers First? 🚀

On the web design side, creating a user-friendly and enjoyable mobile technology experience requires so much more than simply creating the right look. You need to check all the basic usability boxes of interface design to optimize mobile conversion rates for your clients!

We have a few tips to help you out with this so keep on reading!

Read on as we explore 7 essential UX design principles that are key to promoting mobile conversion and providing excellent user experiences on smartphones and tablets.

The average human today only has an attention span of around 8 seconds. And our attention spans are shortening with each consecutive generation. It’s obvious, then, why it’s so important to design a UX that immediately grabs and retains your users’ attention. Especially great mobile design that grabs attention within the first seconds of them interacting with it.

Simplicity is key in this regard.

Your product designs should include simple, minimalist interface elements. Simplistic designs are far more likely to keep a user engaged and comfortable using a product.

This minimalism should extend to the functions and content on display. Mobile devices have limited screen space. So, every additional element you include has the potential to over-clutter your users’ screens and overwhelm their senses. You can make non-essential content available through a menu list. A menu that includes uncomplicated terminology and icons instead of text where it is possible.

The prioritization of content will allow you to show your UI users all the most important content an app has to offer without driving them away.

Bear in mind that notifications for new content should be able to pop up without interfering with primary content as well. 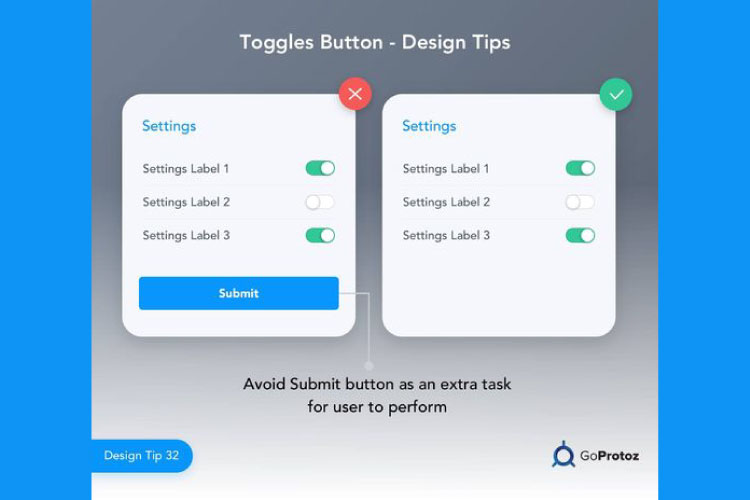 As we mentioned above, learnability is one of the most crucial design elements. Especially when it comes to mobile conversion. Your UX users should be able to navigate your app intuitively via clear pathways. They should also be able to access and complete primary objectives without requiring long-winded tutorials, explanations and guides.

Effective navigation designs should always leave your users knowing exactly where they are and where they need to head to next.

Our short attention spans mean that most of us simply don’t have the time or the will to take complicated steps to get to where we need to be.

If your platform takes too long to navigate, your users may well just click away and find an alternative. You can avoid this by allowing your users to accomplish tasks within a single app without unnecessary complications.

Keep call to action buttons highly visible to guide users towards whatever end goal your app prioritizes. Plus, keep these CTA buttons clickable for best results.

Think of where, when and how you use your smartphone. Chances are you use it in bed, at the dinner table, at work, inside, outside, on public transport. And at a variety of other places too.

We use our mobile devices all the time, and the best apps take advantage of this. Ensure that your most important elements are highly visible within the user interface!

It’s important to add contrast between your content and your background in your designs in order to ensure legibility in any setting or weather conditions. Guides such as WC3’s Web Content Accessibility Guidelines offer contract ratio recommendations for text, images, and other key elements. When in doubt, test your design with your users and tweak it as needed.

Another essential part of UX mobile design is the ability to make interface elements large enough to capture people’s interactions with their screens. The trick to this is figuring out exactly how you can make these elements large on the small screens of modern smartphones.

Most people primarily use their thumbs while they scroll on their smartphones, so small touch targets can frustrate app users. The reason is that they require significantly more accuracy to use. Larger targets reduce error propensity and make apps easier to use.

The spacing between targets is also worth consideration. If your action buttons aren’t far enough apart, the user may make undesired actions and become frustrated as a result. Prioritize spacing contradicting action buttons, such as Save and Delete, apart to limit unwanted errors.

In this case, it may be a good idea to include an Undo button for when those mistakes happen!

Picture 2. Make the design large enough to invite people to interact with their screens!

If your users can’t read the content on your app, they won’t stick around for long.

Readability is a crucial design element in mobile design principles. It allows you to communicate your designs and your clients’ content effortlessly and without creating confusion.

You can optimize your use of mobile typography by striking a balance between legibility and the conservation of space. In most cases, anything smaller than 11 points will be difficult to read on a mobile screen. Conversely, a font that’s too large will result in unsightly hyphenation and text breaks which will exhaust your readers.

Read Golden UI/UX Books Every Designer Should Know About

If you want your readers to be able to access the same volumes of information across all of their devices, this will demand a higher interaction cost due to screen size.

Content needs to be optimized specifically for small screens without losing any vital information. Experts recommend using 30-40 characters per line on mobile to inform users without overwhelming them with crowded walls of text.

6. Include a High Degree of User Control

Every person, and indeed every smartphone user, wants to feel as though they have full control over their actions. Building this control into your UX will optimize mobile conversion and give your users what they want.

Building control into a UX can look like offering users journey personalization features. It can look like allowing them to change key settings, cancel actions, and control how notifications are delivered. Your app can certainly suggest actions, but it shouldn’t be the party calling the shots.

At the same time, your app needs to inform a user of what’s going on at any given time. Integrate status feedback into your interface in a way that doesn’t affect the app’s overall workflow. Another great way to give users freedom and transparency over their experiences is to offer a demo or free trial at signup to allow them to sample a service before making a decision to pay for it.

Any app developer or designer’s goal is to create seamless online journeys across all devices and platforms.

However, this is usually easier said than done!

Most users won’t specifically recognize a seamless user experience. The flow between elements, modules and devices is a natural process that will simply make users feel comfortable during the process.

All mobile users today expect mobile designs that are responsive and functional. These features have become crucial for mobile conversion efforts.

You can create a seamless user experience by keeping steps to a minimum, reducing page loads, and minimizing friction in your UI. Make your content accessible offline and provide alternative courses of action so that your users don’t encounter any dead ends.

Incorporate smartphones’ features, like cameras, GPS and biometric identification, to simplify users’ journeys. For example, you could allow them to enable your app to use their cameras to scan barcodes or documents when needed.

Your app should also be able to sync across multiple devices. This makes users feel like their workflow is always up to date and accessible, and doesn’t hinder them with data transfer requirements.

Your task as a designer who prioritizes mobile conversion is to look beyond standard usability features. Create enjoyable, memorable, and engaging experiences. Interact with your users to learn what they need, and then deliver exactly that! 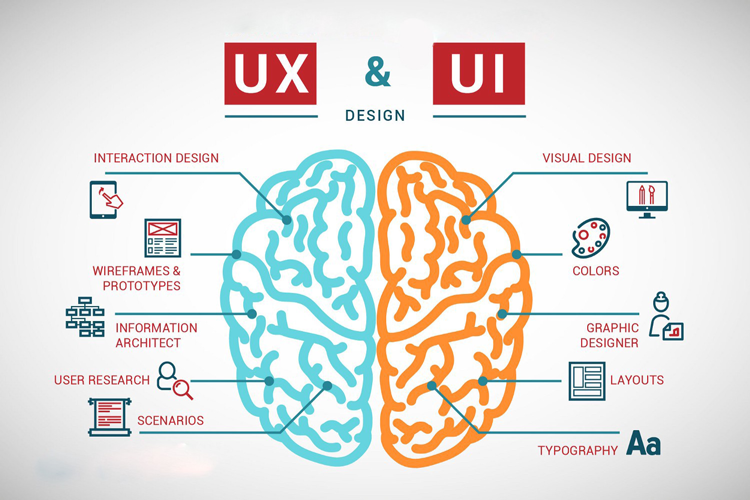 Many designers don’t realize just how important mobile experiences are in driving mobile conversion rates. If you want to keep up with rapid advancements in mobile technologies, you need to incorporate optimal usability practices into your app user interfaces and designers.

Remember, there is no one-size-fits-all strategy for mobile website and app optimization. You can use the above tips as a starting guide, but ultimately, you should be creating a unique and personalized experience on mobile according to the specific needs of your target audience. This requires a segmented messaging approach at the appropriate stages of each user’s journey without disrupting or hindering that journey. 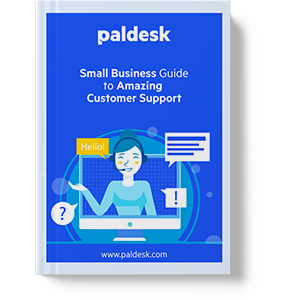 How to Boost Your Omnichannel Support

Following these upgraded and modulated measures, achieving increased customer rate and revenue is no doubt. The omnichannel customer support strategies may vary with advancing technology and ages; however, expanding customer reliability will never fade.